Pangani is a small town in East Africa’s coast that was 50 kms South of Tanga with long history culture the town has Arabic, German, Asian and British Colonial rules influence. This is a place where Swahili, Arab, colonial traditions and modern hospitality blends together.

This town is located at the mouth of Pangani River that collects its water from Mt Kilimanjaro and Meru to the Indian Ocean. Here you will enjoy coastline with clean beaches where endangered Green Turtles breeds, historic sites, coral reefs, Old Port as well as great diversity of tropical marine dwellers.

At the point where the massive Pangani River empties itself into the Indian Ocean, a village has grown. The Pangani River passes through the northern side of the town, separating the old buildings and the present-day market from the farms and small houses on the southern side. The river itself requires a ferry to cross, its dark brown waters filled heavily with alluvial silt as it meanders slowly into the ocean. On either side of the little town, coconut palms and sisal plantations undulate towards the horizon.

Once a centre of Swahili trade with the African mainland; the town of Pangani is now a sleepy backwater with little memories of days of splendor. The old German administrative boma still stands behind a colonnade of tall shade trees and the former prison, painted a fading ochre red, looks over the river’s lazy waters. Old houses along the main road offer lived-in examples of colonial and traditional Swahili architecture, the buildings slowly crumbling against the monsoon winds. Visitors passing through the area would do well to explore what remains of the old town on foot. Even a short walk rewards visitors with a glimpse of quiet life in the old trading towns along the Swahili Coast.

Pangani is a town in northeast Tanzania that lies 45 km south of Tanga, at the mouth of the Pangani River. It is the headquarters of Pangani District. Although archaeologists have found the remains of small 15th century settlements on the bluffs just north of Pangani, the modern town came to prominence in the nineteenth century, when, under nominal Zanzibari rule, it was a major terminus of caravan routes to the deep interior. From the 1860s onward townspeople established large plantations of sugar and coconut in Mauya, along the banks of the river just west of town. The plantations were worked by slave labor, and Pangani also became an important center of the slave trade, shipping captives taken in the wars attendant on the collapse of the Shambaa kingdom in the Usambara mountains to the plantations of Pemba and Zanzibar. After the Sultan of Zanzibar signed treaties with Great Britain outlawing the ocean-going trade in slaves in 1873, Pangani became a center for smuggling slaves across the narrow channel to Pemba, in evasion of British warships.

In 1888, Pangani was the center of an armed movement to resist German colonial conquest of the entire mainland Tanzanian coast. The local leader of the resistance was Abushiri ibn Salim al-Harthi, a Swahili-speaker born in Zanzibar who owned a small estate at the suburb that now bears his name. Abushiri was instrumental in coordinating resistance to German conquest along much of the coast. The Germans hanged him at Pangani in December 1889.

Several historical sites in and around the town serve as reminders of the strong Arabic influence and the later German and British colonial era in Tanganyika. The district boma or headquarters is the most impressive building remaining from the period of Zanzibari rule. 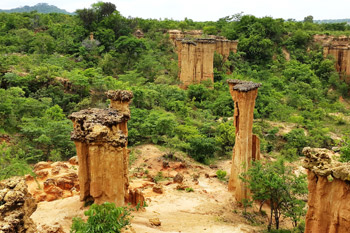 Isimila stone age site is a historic area in Iringa, Tanzania, in the Ugwachanya village... 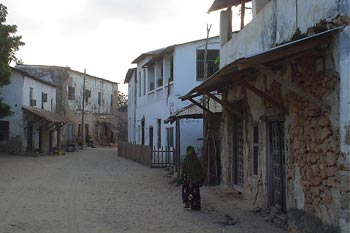 Mikindani is a fascinating old town with winding streets and an exciting blend of African... 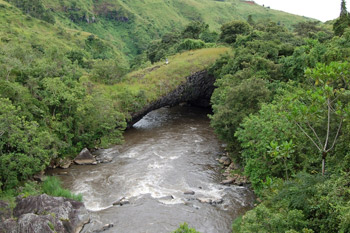 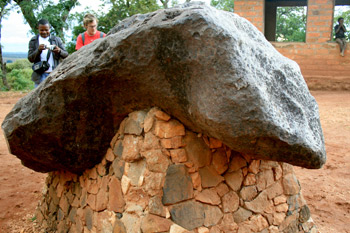 As the Earth travels through space in its orbit around the sun the pieces of solid matter... 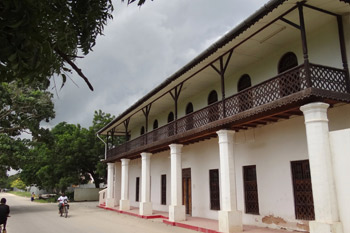 Fortunately Bagamoyo is now being considered for inclusion as one of the World Heritage sites... 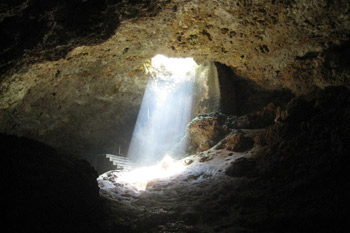 The Amboni Caves are the most extensive limestone caves in East Africa. They are located 8 km north... 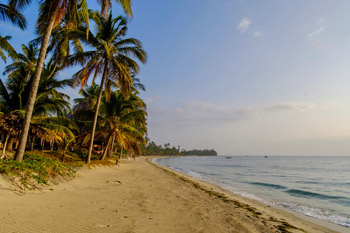 Pangani is a small town in East Africa's coast that was 50 kms South of Tanga with long history...