Kiwira River is a natural attraction in Mbeya region by its miracles which local communities associate with powers of God.

The river which its water flows from numerous streams from different streams makes on among the leading tourist attractions in the region.

River Kiwira as with the case with River Songwe and others flow into Lake Nyasa. The rivers have falls and rapids at the upper parts but tend to be calm and slow moving as they approach Lake Nyasa.

Basically, Kiwira River has two popular and well-known tourist attractions which both of them are within the Kiwira Prisons Training College at Kiwira. They are Kijungu Falls situated at Kijungu village and the Natural Bridge also known as Daraja la Mungu.

These two attractions can be reached after one-hour driving from Mbeya city on the Mbeya Kyela highway branching off at a village known as Keikei just after Kiwira town on for some10 km. along a dusty road that also leads to Kiwira Prisons Training College.

Kijungu Falls is an attractive natural wonder where the entire river flows into a pot-like hollow before flowing down the rocks and take its natural course.

Locals believe that at Kijungu Falls and the Natural Bridge there is a dragon who keeps guard of treasures hidden in the river bed therefore they usually mysterious make someone fall into the river as a sacrifice.

Kijungu acquired its name due to the ‘pot like’ shape of the base where the water falls making a whirlpool and taking a course that takes seven days for the water to return to a nearby spot and continue with its journey downstream.

From Kijungu, the river continues its way through the volcanic rocks some eight kilometers to the Natural Bridge. Before reaching the natural bridge, there is a man-made bridge, at a point where the river banks are a bit close together.

Another 10 minutes drive is the Natural Bridge or as known by the locals as Daraja la Mungu, literally meaning a bridge made by God. Here Sergeant Mmbaga was very strict for those who wanted to walk around and enjoy the scenario of the place.

The Natural Bridge formed around 1800 million years ago as a result of volcanic lava flow, 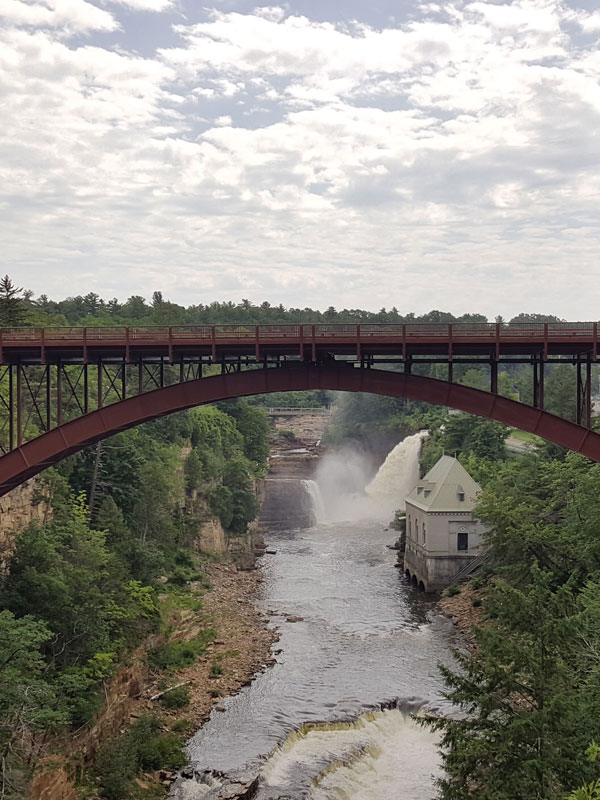