Isimila stone age site is a historic area in Iringa, Tanzania, in the Ugwachanya village on the Mseke County, located 20 km from Iringa, near the A 104 highway to Mbeya. The entrance is not easy to find: coming from Iringa is located before reaching Tanangozi, on the left.

This area is one of the attractions that surround the Iringa region.

In the late 1950’s archaeologists unearthed some of the most significant Stone Age finds ever identified. Most of these finds were tools, estimated to be between 60 000 and 100 000 years old. They also found fossilized bones of mammals; an extinct hippopotamus and something similar to the modern day giraffe but with a shorter neck.

There is evidence which shows that the area around the Isimila site was a small lake. This would have been a perfect hunting ground for hominids who lived there between 300 000 to 600 000 years ago. The tools found there confirm this theory. Looking at the site today you might be able to imagine how the land was eroded from a lake to a large canyon. Harder rock types more resistant to erosion has remained, leaving thin rock towers as high as 30m.

The tour of the site begins at the little museum where a guide gives a brief introduction to the formation of the site and explains more about the fossils and tools that are displayed. The tour then continues into the canyon down a steep footpath. Once there the guide shows you some of the beds where the tools were found and explained how the rock towers were formed. The walk is very scenic, the earth has a warm reddish tint and it is also a good spot to see birds.

The site is easily accessible from Iringa and the guides are located at the museum itself. It makes a good half day trip, but try to get there in the early morning – when the sun comes out the canyon it can get unbearably hot. The tour should take about three hours. There is a little picnic area and Camping site with toilet and shower. 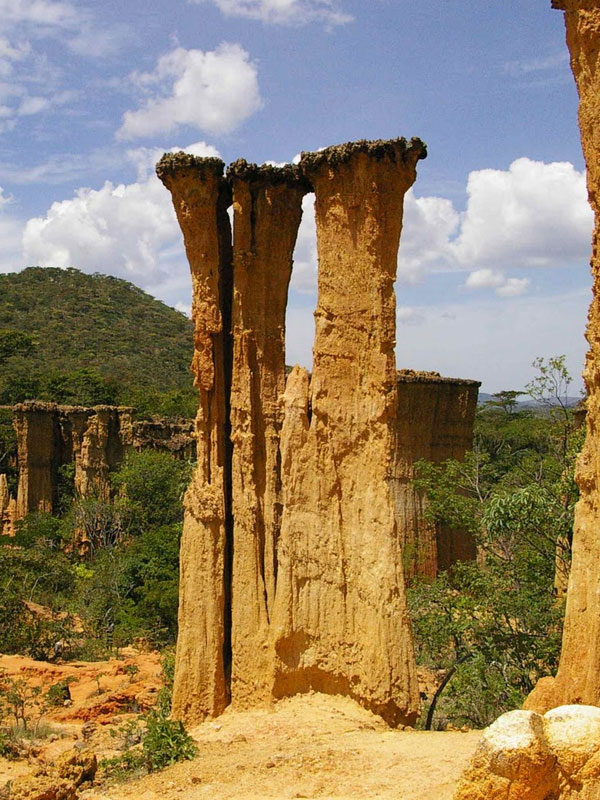